Friday Rant: My Beef With Girls 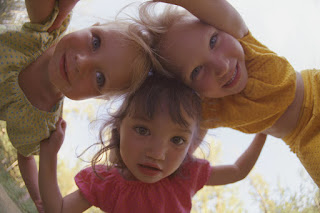 So, I've always been a tomboy. Whether I was wearing a dress or jeans, I was a tomboy at heart. In high school, all my friends were guys, I played tackle football with them (until I had to get stitches and my dad made me quit) and I just had more fun with guys in general.

And my philosophy has always been that "girls are backstabbing $%^!@es." I'm 27 years old and still can't stay friends with girls very long. I think it is because most girls I know always have that weakness when it comes to men and I'm a very independent woman. Now, I'm not a feminazi, I just think that women can live without men and shouldn't use them as a crutch.

Now on to the point at hand. I have my good friend Susan who became one of my besties after she dated my brother-in-law. They broke up and I won her. We work well because we talk about anything BUT men.

Then I have this friend who I'll call "Marla." Marla has filed for divorce at least 3 times and her husband cheats on her, calls her fat and demeans her constantly. She leaves him and calls me all the time, but then he suckers her back in and she stops talking to me. Then, when we do hang out, she wants to stalk him and talk smack about whomever he is dating and things of such nature. This is not my thing. I don't like knowing that she is weak. I feel bad for her and her kids and want to be a good friend, but this is a little much for me.

Now back to my beef with girls. If you're an independent woman, terrific, let's be friends, lol. But if you're one of those women who thinks life has no meaning without a man, take a number and if I have room for one of you as a friend, I'll let you know... but don't hold your breath.

Men as friends are always just about fun and living life to its fullest. Not saying all men are great friends, but this is just why I think they make better friends.

Now that I've got that off my chest, I'm gonna relax and go back to my non-drama filled life, sans the crazy women.
at 3:44 PM