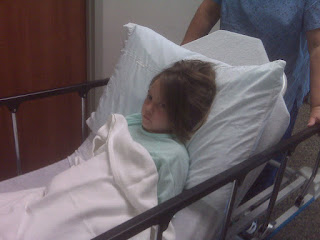 In the summer of 1997, I went to Yugoslavia by myself to visit a friend.  It was a great experience!  I brought some coins back with me as keepsakes.

June 27, 2010:  A few weeks back I had been going through all my foreign coins and did not want to get rid of my coins from Yugoslavia.  I left one on the dresser in my bedroom and kept forgetting to put it away.  A, 4 years old, apparently decided this morning that it was a good idea to swallow said coin.  Out of my two kids, I would have NEVER expected A to be one to do that sort of thing!  She never was one to put random stuff in her mouth, even as a toddler.  So, when I walked in my room, not knowing she was even awake, she was lying on the floor crying.  I asked her what was wrong, she said, "you're going to be mad at me."  I asked again what she did and she told me she swallowed my coin.

I am a pretty calm and laid back person, so I asked her why, she didn't know and we went downstairs.  I just figured it would pass.  But, she kept crying and telling me it hurt, so I called my parents for some wisdom.  They didn't know, so my mom told me to google it (like mother, like daughter!)  I googled it and the first site I found that was reliable said to immediately take them to the doctor.  So, we headed to the ER.  (I woke my husband up to come along and dropped L off at the in-laws.) 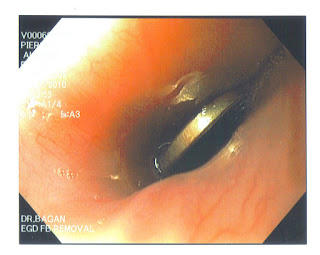 An x-ray was taken to determine where the coin was.  The ER doctor consulted and said he would like to get a surgeon's opinion, so made a call to the surgeon.  The surgeon came in on his day off for a consult and decided she needed to have it surgically removed.  It sounded pretty straight forward to me, so I was still calm.  (I had thought it was a Canadian coin at the time, too.)  So, they called in the surgical team, once they all arrived,  they took her into the OR, put her out, stuck a tube down her throat and removed it.  (It was stuck in her esophagus.) 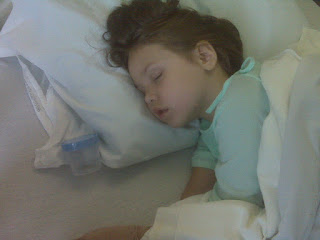 All good!  Time spent at the hospital- 6 hours.  And hopefully a lesson learned to A not to swallow foreign objects... or American ones either!
at 6:53 PM 1 comment:

Email ThisBlogThis!Share to TwitterShare to FacebookShare to Pinterest
Labels: A, children, health, hospital, para, parenting, what to do if child swallows coin, Yugoslavia

This post is about those things our parents used to say to us that we swore we'd never say, but it's really hard not to.  Should we admit they were right?

Now that it's summer, most people are going crazy, thinking of fun things to do, enjoying vacation, soaking in some rays.  What am I doing?  Counting down the days until I can go back to work!  Just like when I was a kid, summer vacation really wasn't that fun because I longed to be back in school, this is how it is now.  I'm just not that nurturing type of mom who wants to spend every waking moment with my children.  I wish I was and I envy the women that are, but that's not me.  I love my kids to pieces, but absence makes the heart grow fonder!  It's just not in my genes to spend 16 hours a day telling a preschooler and a toddler to stop running, screaming, hitting each other, licking the walls, drinking water out of puddles, etc.  My mind is turning to mush in a hurry.  And it doesn't seem sensible to get a minimum wage job over the summer, because it would barely cover daycare.

Anyway, so lately my daughter yells at me (she's got that "I'm 4 going on 16" attitude) and she'll say "I AM!!!"  and I have yet to say it, but the first instinct I have is to say, "no you am't," which was a phrase my dad used on me quite a few times.  And I always wanted to never respond with, "because I said so" because kids really do need answers to many of their questions.  But it's hard.  I've said it.  Cause sometimes the why's are never-ending and I just don't have a good answer.

Then of course I've inherited the phrase, "if you push your brother again, I'm going to stick bamboo chutes under your fingernails and burn all your toys while you watch, tied to the swingset."

Okay, so that last one was not true, but it does sound like it'd be effective, right?

I'm sure you've all got phrases you inherited from your parents... want to share?
at 8:37 PM No comments:

Email ThisBlogThis!Share to TwitterShare to FacebookShare to Pinterest
Labels: parenting

My Thoughts On: Immigration

Before I start this post, I have to first say, Dad if you are reading this, stop.  Let's just pretend we both agree and don't taint your opinion of me with further reading of this blog.  And thanks for helping me with the lawnmower tire!!

Okay, now onto my thoughts.  What sparked my idea to post about this now is that my husband got this survey to fill out for the republican party in the mail today.  It was asking about all the things that the Obama administration has "done wrong" and what he thinks the priorities should be for the Republican party in terms of 2010 elections.

One of the biggest things they talked about was immigration laws.  I just don't get it.  I know, I know, there's not enough resources or room for people to come to the United States.  But aren't we all immigrants?  Didn't we murder Native Americans and steal their land so that we can settle here?  We came from Europe, we came from Asia, Africa, etc. at different points in time in order to try to make a living in this new world.  (Of course the Africans didn't have much of a choice.)  So, why was it okay for our ancestors, but not Mexicans?  Why would we want to see fellow human beings, children, women living in huts with dirt floors, no ceilings, no plumbing?  Everyone deserves a chance at a better life.

So you're saying, "but they steal our resources!"  Well, Americans are living off the teat of the government at well.  Have you ever heard the term "Welfare Queen?"  I'm not saying welfare is bad, I'm just saying there are a lot of deadbeats who take advantage of it.

And our jobs?  Yeah, they work for cheap wages, but would you break your back at their jobs for their pay?  No!  Cause as Americans, some of us have become lazy and just expect the cash to flow in, never having broken a nail working in our lives.  There's a Mexican restaurant and a Chinese restaurant in our town that I am speaking of:  the same people are there working open to close and in most cases, these are owners.  They work ALL DAY EVERY DAY.  How many Americans are willing to do this for as little money as they are making.

I think this is getting long enough, so I will stop.  I'd like to see everything work out for the best because we were all immigrants at one point in time.  Or I guess the Mexicans can just start doing to the Americans what we did to the Native Americans... they can kill us and steal our land.
at 4:51 PM 4 comments:

Email ThisBlogThis!Share to TwitterShare to FacebookShare to Pinterest
Labels: democrats, immigration, my thoughts on, obama, republican

I snagged this recipe from RecipeZaar.