As I sit at my computer at midnight tonight, I found myself searching eBay for Monsters University figures for H's second birthday next month.  A month ago I was planning to do a Yo Gabba Gabba theme for his gifts and cake (although we don't have parties, I like to give their birthday a theme).  But in the last two weeks he has become OBSESSED with Monsters University.  He will sit in his brother's room most of the day and play with toys while it is on TV in the background.  This is a recent development that on child #1 I would have told myself was a no-no, but now that I have four, I'd do about anything within reason to keep them all occupied so I have a chance to breathe and maybe use the bathroom once in awhile.

Anyway, while searching eBay, this got me thinking.  The year A was born, Monsters Inc. came out in theaters.  I've always been a fan of Disney movies, so I ended up buying it for myself, but when she became old enough to watch it, she fell in love too.  So, I found myself scouring eBay for toys.  Then came Toy Story... and again she loved it, so I found myself looking for toys (oh, btw, I'm cheap, so I don't believe in just going to the store and buying a toy.)  Then, L was born in early 2008.  As he got a bit older he liked Monsters Inc. okay, but he LOVED Toy Story.  Luckily I already had the toys from when A liked them.  But as the kids got older, they found new interests, so I got rid of those toys to make room for more as I thought I'd be done having kids.

Fast forward several years... Toy Story 2 came out (which I wasn't a fan of), then Toy Story 3, which I took the older 2 to the theater to see... and now Monsters University.  Which, had I known I'd eventually have more kids, I probably would have kept some of these toys as Disney movies never go out of style.  However, I try to declutter as often as possible because I know I have a propensity towards hoarding.  Now I am thinking of other shows that I had bought toys for that are still around, like Dora, Veggie Tales, Diego...  so if H or Baby A ever decide to become infatuated with those shows, I'll be kicking myself for not hanging onto those toys.  Luckily since my oldest is a girl and the other three are boys, as she grows out of things like Bratz and Barbies, I don't have to worry about hanging on to those (no more babies for me!)

Likewise, it does my heart good knowing that one of my daughter's favorite movies is The Little Mermaid as it is my favorite Disney movie and I watched it when I was little.  It used to be A's favorite, but now she has put Frozen in the number one position.

I guess it just goes to show that Disney movies are timeless.  Although I am not a fan of the commercialism of Disney and how they make billions off impressionable children... we as parents sometime have to sacrifice our principals in order to make our children happy.  Well, now it's 12:30 and I think I might continue searching on eBay... but here's a final thought: 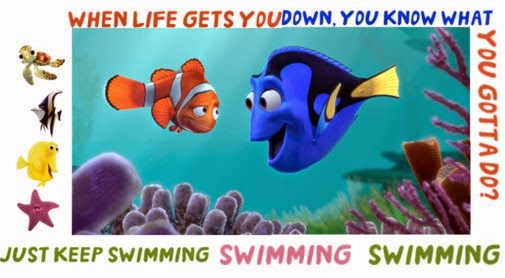