There Are Still Good People in the World!!! 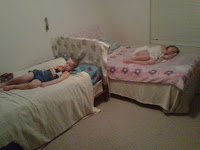 You may often think to yourself when watching the news or looking on the internets that there is nothing good about humanity anymore.  It's a dog eat dog world and everyone is gnawing each other to the bone.  Knock on your neighbor's door to borrow a cup of sugar and they will hold you at gunpoint until the cops come because you are clearly trying to rob them.  We no longer open doors to religious groups because they are all zealots, when really, they believe what they are doing is for the good of man.  I will open the door and give a smile, take their pamplets and let them know I'm a satanist... haha, jk!

So, although I try to find the good in everyone, it has seemed to become rarer and rarer.  Your best friend may look you in the eye while trying to stab you in the back.  The man you wake up to in the morning may be the man warming someone else's bed at noon.  Where am I going with this you ask- well, quit rushing me, I'm getting there!

The other day I posted an ad on craigslist.  I don't like my kids' mattresses being on the floor.  Sure, it's not a big deal, but I think it's tacky.  I'm poor, I'm the first to admit it.  I posted an ad looking for twin bed frames and said I could only pay like $20 apiece.  Well, the second person to respond told me she had two frames she would just GIVE me.  We emailed back and forth a bit and she asked how old my kids were.  When I got there to pick up the frames (although she offered to deliver them) she had bags of movies, a keyboard, games, etc. to give my kids as well!  She asked if she could save my number for when she unearthed more things.  I said definitely.  Well, she had only been able to dig out one of the bed frames and said she would call me when she unburied the other one.  I decided to give the first one to A as she is older.  After putting it together, she was so excited it was like Christmas.  Well, then L asked where his was and I told him we would have to wait a bit.  Of course this made him cry...

Well, not 5 minutes later I received a call from the lady saying that she felt so bad that my son wasn't getting his that she had dug it out, loaded it up and was on her way to bring it to me!!  I was so happy.  I couldn't believe that someone was so nice.  I mean, I know that I would do something like that for a total stranger, but I can't even get most of my friends to do anything nice for me.

All I can say is that I hope karma does something really nice for this lady in the near future, because she definitely deserves it!!!
at 6:57 PM