This year was A's second trick-or-treat experience and L's first. We wouldn't have taken him at his age if his sister weren't going because I'm one of those (scroogey?) people who thinks if the kid can't walk to the door, hold their bucket, knock on the door and say "trick-or-treat" by themselves, they're too young for it. Who is the candy really for? Well, A remembered what to do from last year, and L was not horrible about it. We carried him most of the time and he would occasionally say "twick twee" and "thank you." Otherwise he would just give dirty looks and it was pretty cold and windy, so he thought we were torturing him. He can eat candy, but he's not really a big fan, so whereas his sister asked every few minutes if she could have a piece, he didn't care. (Although he did eat the banana his grandma gave him.) So, we walked around for about an hour and a half, Nick's brother Daniel came along, and then let Aurora pick a place to eat afterwards- good ole' Chinese.

What is your policy on candy eating? I'm a bit of a tyrant about it. They only get two pieces a day and it is after meals, so they have to eat real food first. After about 5 days, A tends to forget and the candy sits there until Easter, when we through it out to make room for the Easter candy. Well, here's some pictures! (It was cold, so A had to wear a turtleneck, uncool, I know!) 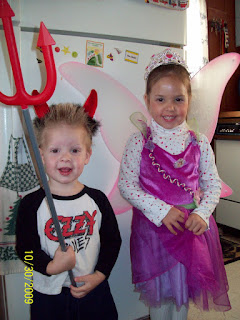 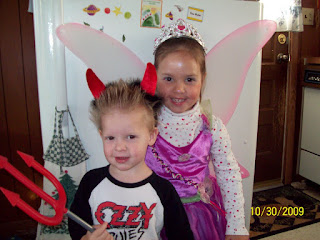 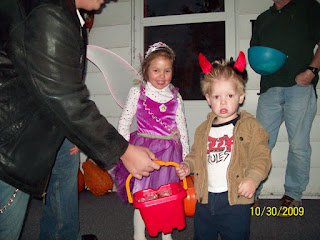 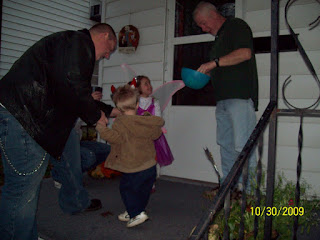 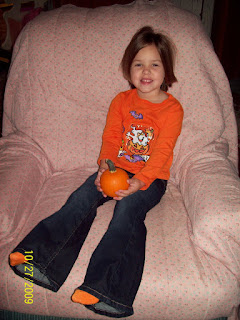