My Thoughts On: Chelsea Houska from Teen Mom 2 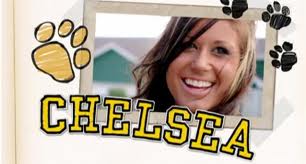 I'm going to have to preface this quite a bit before I go into my rant.  Yes, I know that I am publicly admitting that I watch Teen Mom 2.  Yes, I know that I don't KNOW Chelsea Houska personally, all I know of her is what I see on TV, which is an edited version of her life.  So, what I am going to say is all based on what is being made visible to the audience.  She seems like a very sweet person and clearly loves her daughter, so I'm making no personal judgments against her.

Now onto my beef:

Women who obsess over men that aren't worth the air that they are breathing make me sad.  I don't recall if I watched Chelsea's episode of 16 & Pregnant, but I think I did.  And I know I've seen each season of Teen Mom 2.  But Adam (Aubree's daddy) is NO PRIZE.  A guy who treats the mother of his child so horribly, a guy who cheats on the mother of his child and abandons her in her time of need, a guy who picks and chooses which week or month he sees his daughter... is NOT a guy worth your time.

And does MTV not get the repetitiveness of Chelsea's story?  Aside from pursuing her GED (which she'd have had a long time ago if she hadn't wasted her time on Adam) and working at a tanning booth (I wish her friends would tell her not to tan so much) every episode is EXACTLY the same.  Chelsea cries because she misses Adam.   Adam calls and she gets all confused.  She sees Adam out or she hears Adam was out and she is upset.  Everytime someone asks her why she wants to be with him her answer is "I just love him" and she goes on to say how she remembers a point in time where he told her he loved her and how good it felt.  Really?  That's what you're holding onto?

I understand that she lives in South Dakota and is clearly from an area where pickings are slim, but really?  Her poor dad has to watch his daughter be "victimized" by a heartless deadbeat over and over and over again while he supports her in everything she does.  Adam treats her badly in front of her family, friends and even her daughter.  Doesn't it say anything to her that her daughter cries whenever Adam comes to get her or tries to pick her up?

Chelsea does not seem dumb, but if I have to go through one more season of her pining for Adam, I may give up on the show entirely.  To see someone with such a supportive family and such an adorable child ruin any chance she has at a healthy relationship to be with such a loser... it's like watching a train wreck.
at 9:00 AM

Email ThisBlogThis!Share to TwitterShare to FacebookShare to Pinterest
Labels: chelsea houska, my thoughts on, teen mom 2